THOMAS MUSEHOLD
...SHORT LIVES, ENCOUNTERED IN THE COINCIDENCE OF BOOKS AND DOCUMENTS
Q18, Cologne 2017
Thomas Musehold is a sculptor and develops among others small-scale objects out of casted and modified foundries. Often those artefacts remind of nature forms, which visually establish as stylized, varnished and highly aestheticized sculptures – shaping and materiality do not appear in any natural relation. Rather, the conformity of their surface eludes 3D-prints or computer simulations. Mirror tables, underlining the objects in their cool appearance, open a virtual space into the depth and become simultaneously an almost scientific support for their investigation from all sides.The artist plays with different levels of interpretation, which is not focused any longer just on the visual language of sculpture and its spatial staging. With the use of scientific initial descriptions, normally written by biologists while researching new plant species, the reception of the artefacts through the medium text is guided again in a scientific direction.
The recitation of the texts by children and teenagers, who seem to appear from nowhere during the opening, transports relevant content information in advanced trade language physically and vocally into the exhibition space. The scientific texts are based with their binding vocabulary on a Intelligibility within their discipline, whereby not only the ambiguity of the described objects, but especially the artificiality of the whole situation creates the irritating moment. While the association of the shapes and the real nature of the exhibits not seem to complement each other as expected, the connection oft the spoken and the speaker appear completely absurd, too. Trained by the artist and the theatre teacher Tanja Grix the speech neither with it’s content nor with it’s (body)language is consequence of a natural reaction or an adequate knowledge and linguistic usage of the young people, but is the result of a rehearsed theatrical production.
Thoughts on the essence of things, the “power of the word”, the parameters of art and the artificial, the subjectivity of perception, but also the transformative potential of media, reception and interpretation etc. come into mind with this multidisciplinary cooperation. 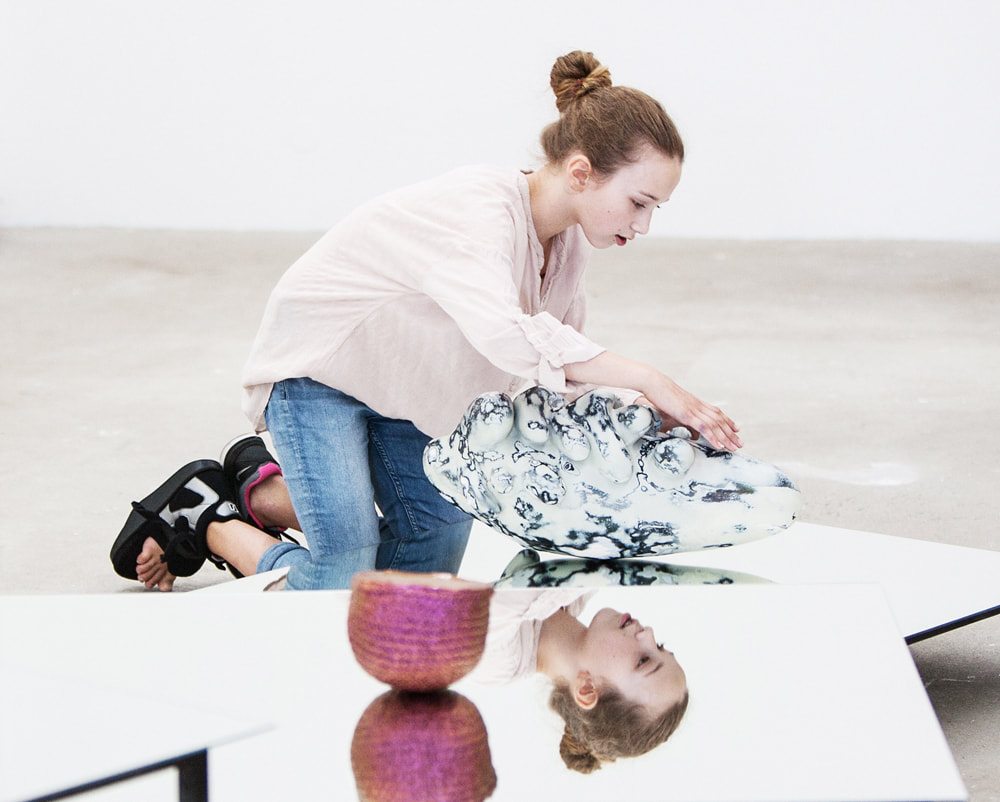 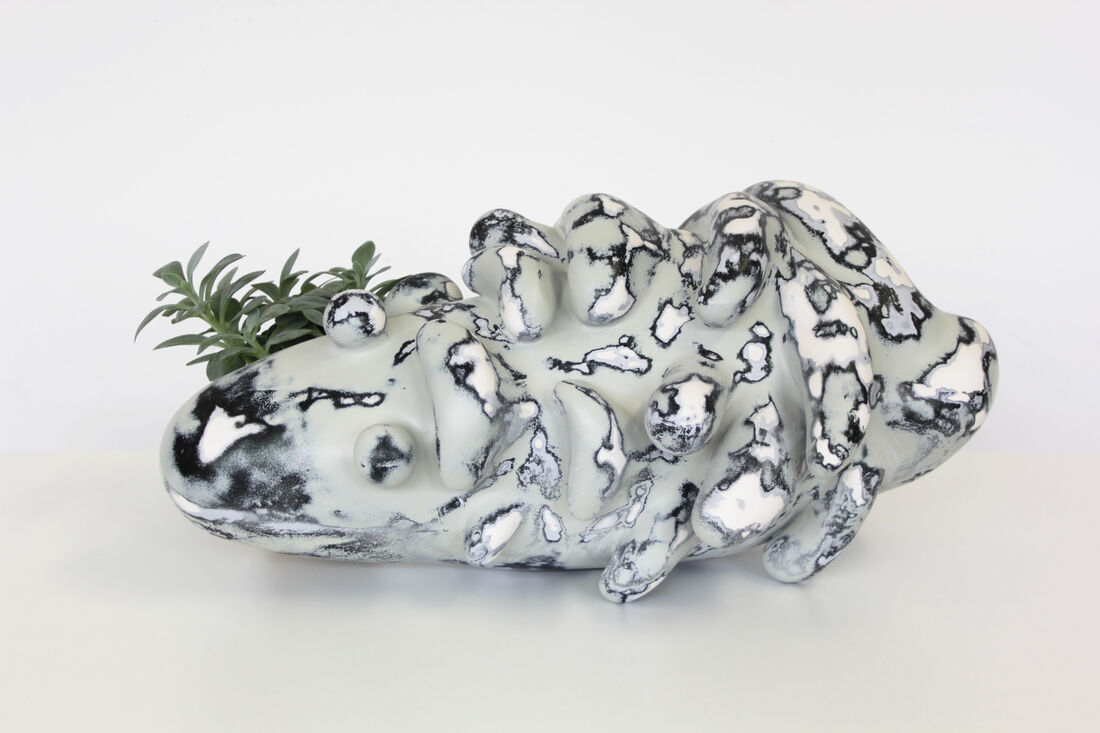 From the endoplasmic reticulum, Golgi-Apparatus like structures seem to have separated themselves. However, the lumens here have fused into a cylindrical, conical shape and only two-thirds of the surface is covered with detached vesicles. The further one gets to the tip, the smaller and more spherical these vesicles become. In contrase, towards the base of the cone, the resulting particles become increasingly elongated and sometimes thallus-shaped. In total this apparatus is about 45 cm from the base to the tip of the cone and 35 cm in diameter at its widest point. 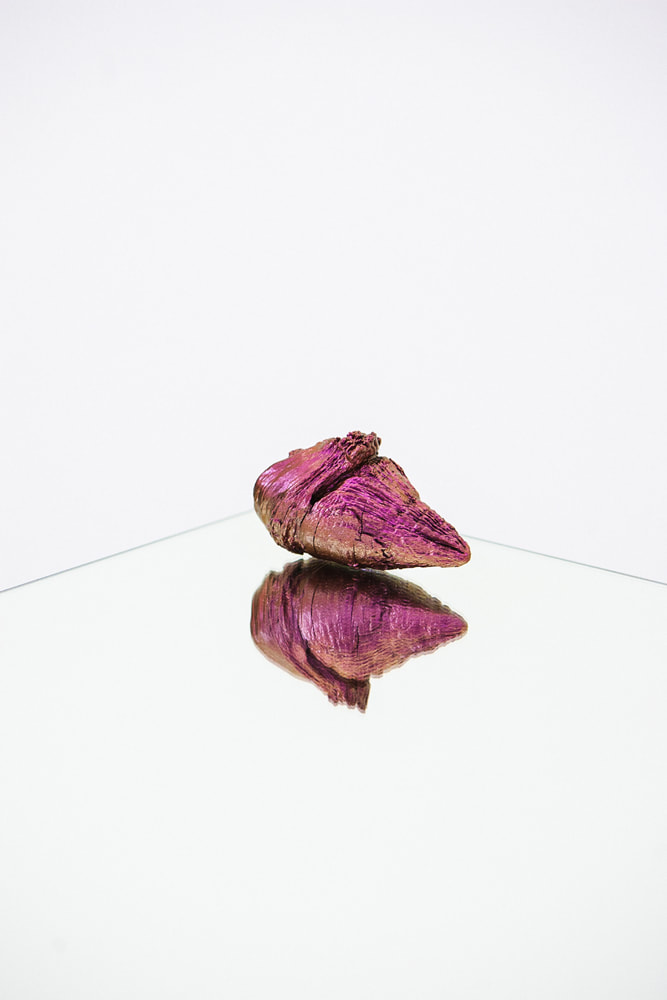 This root-tip-like structure is missing two basic components: The kalyptra (root cap) at the top and the pleroma (central cylinder) inside. The surface is smooth, root hairs are completely absent. The above-ground and underground parts are separated by a bead. The above-ground part seems to be conical in the opposite direction to the root tip but has seemingly been lost. This becomes apparent by the trench-shaped break edge. The upper part shows a maximum diameter of 8 cm and a maximum of 2.5 cm from the bead to the break edge. The root tip has a length of ~ 8 cm and a diameter at the thickest point of 7 cm. The bulge shows two horns pointing outwards at the thickest point. 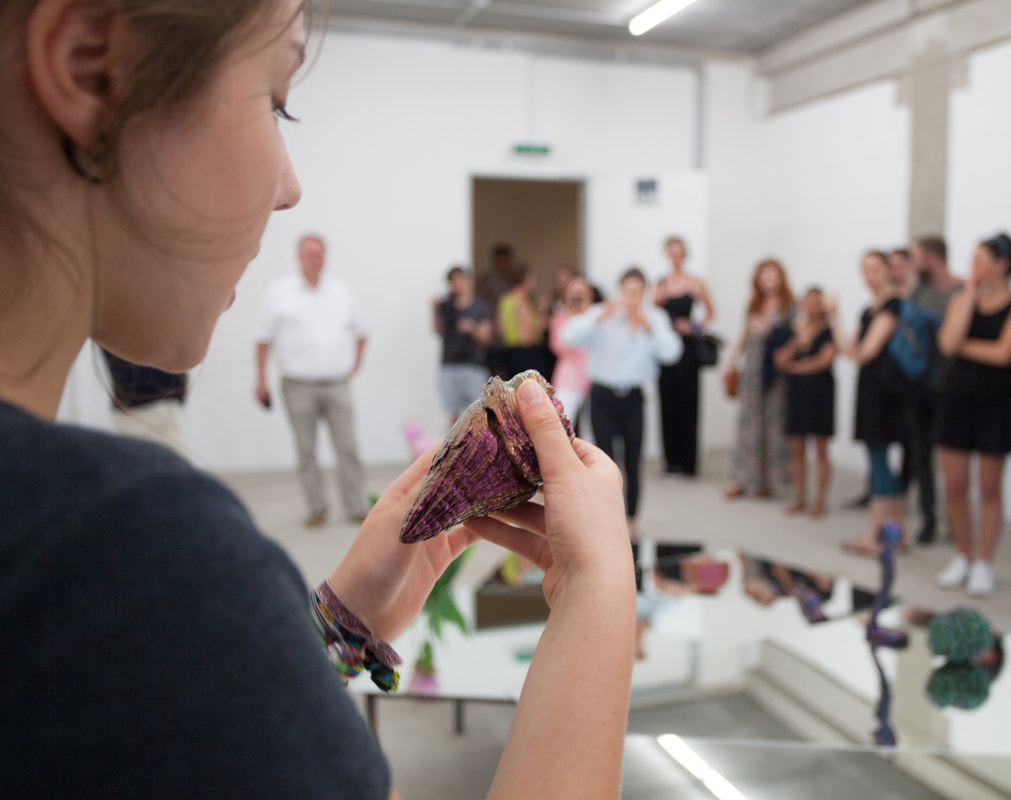 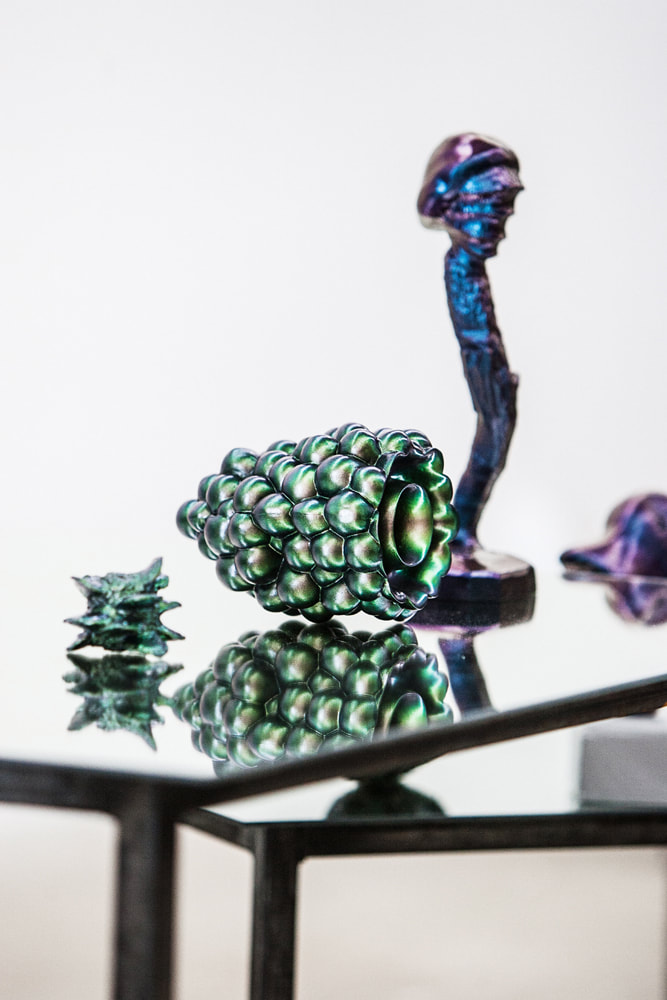 Central large sheath-shaped opening surrounded by a radial furrow, which ends in a deep confluence in the lower area. The outer shell is formed by cells of different sizes with maximum turgor. This structure suggests a subordinate Aerenchyn. The plesiomorphic form seems to be separated by a furrow in the longitudinal axis, but is not bilaterally symmetrical, but bilaterally asymmetrical. 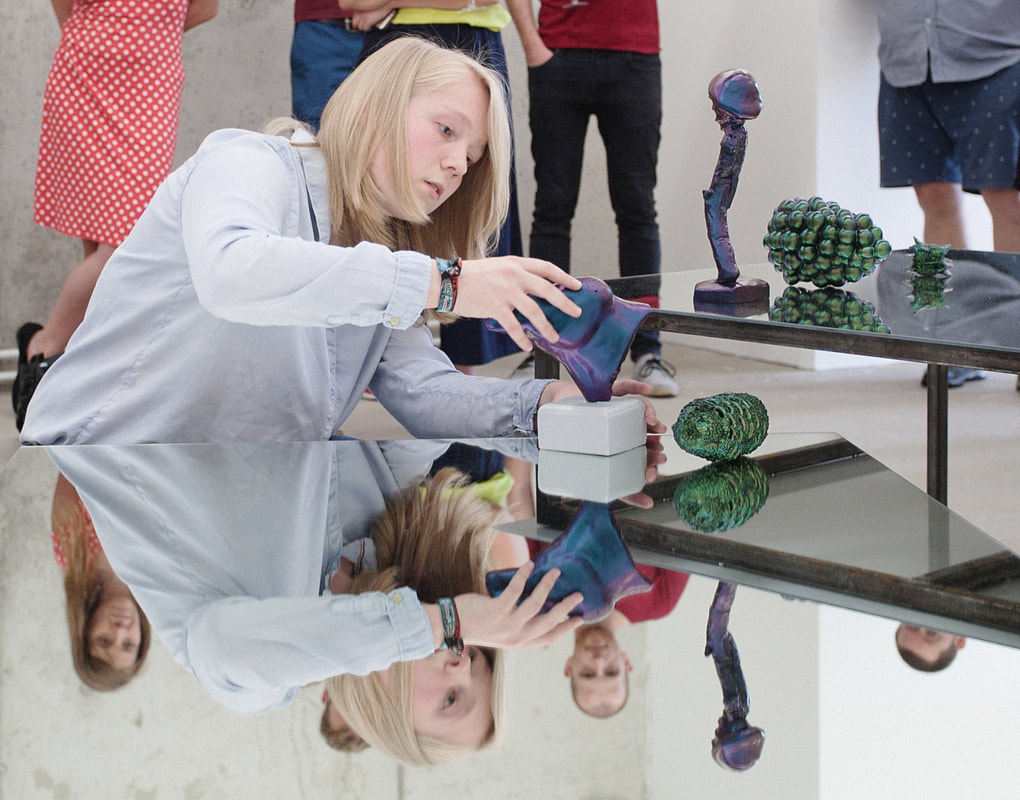 From the side view, this figure appears like the bust from the Aves group. The regio buccalis is very pronounced and shows an enormously developed musculus buccalis. Regio mentalis, gurali and ingluvialis flow into each other and are of a rather slender nature. The lorum and the frontal region are pointed backwards and are followed by a steeply sloping occipinal region. Collum lateralis flat and inconspicuous. Overall, the figure is covered by a wooden structure on the surface and measures approx. 18 cm in the greatest extent from right to left. The height is about 13.5 cm and it is of 6.5 cm thick at maximum. 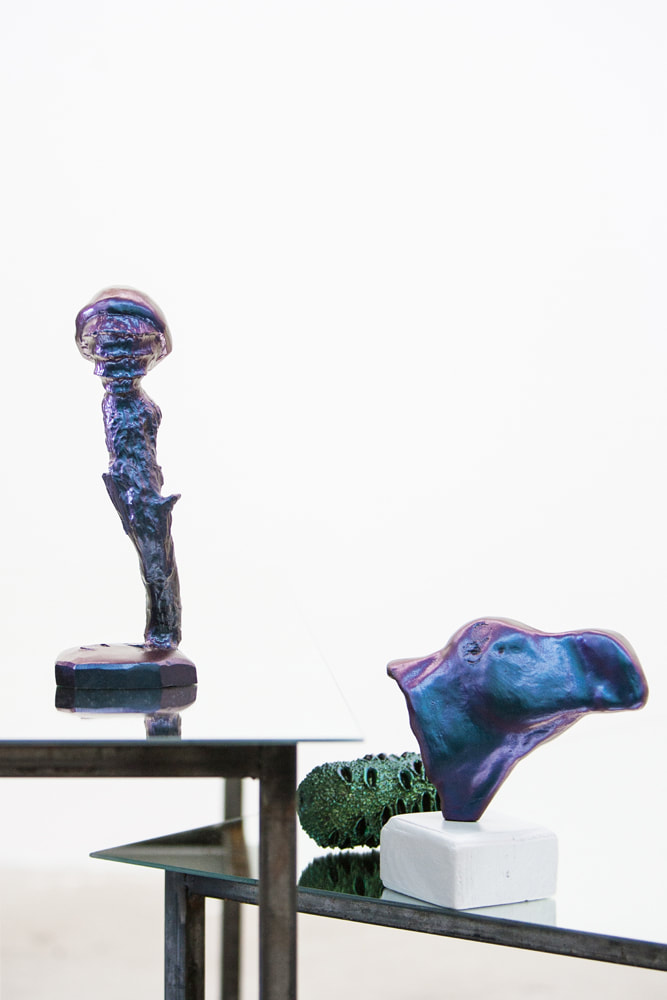 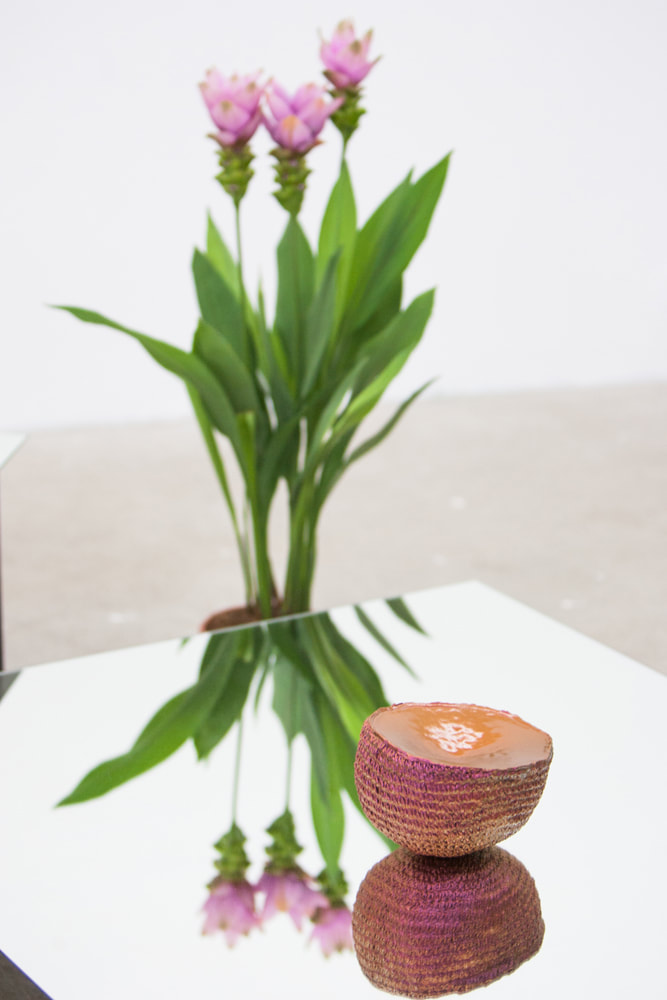 This hemisphere comes very close to a succulent graft. The cut edge is curved inwards due to a possible loss of water and has a diameter of 14-19 cm. Opposite is the axilla, which is the origin of all potential growth rings. The surface resembles the Cycadaceae with its typical scale armor, which is formed by the leaf feet, but the large fronds at the stem tip are completely absent. 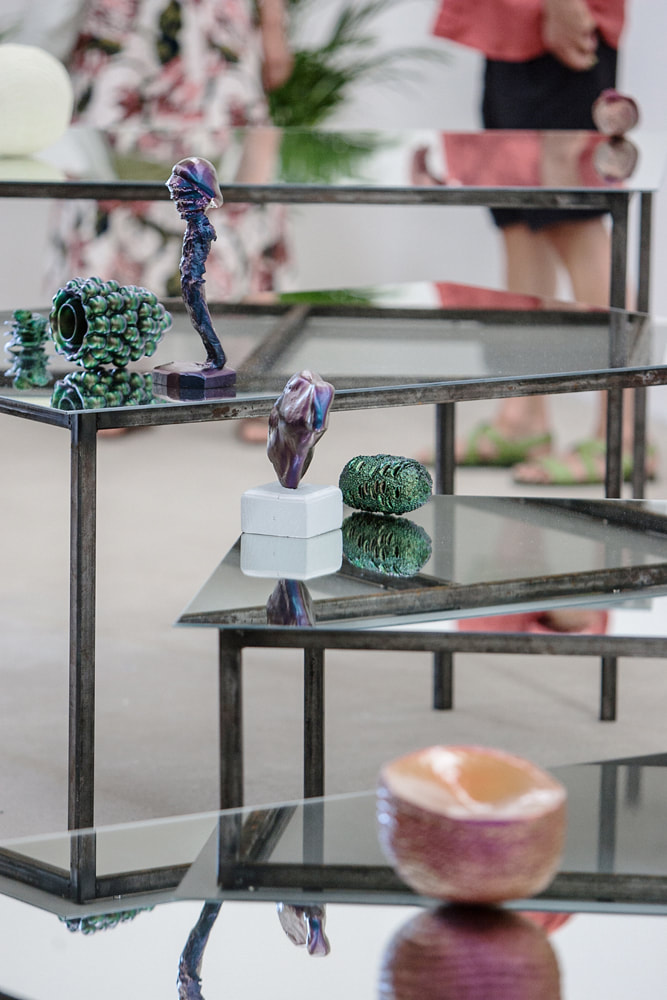